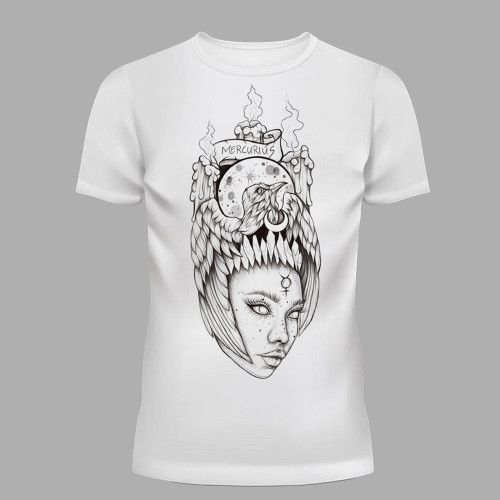 “The wings of mercury elevate us to the world of the gods.” - Samael Aun Weor

Mercury is considered to be the foundation of alchemy by the alchemists of antiquity. To these alchemists, mercury represented the omnipresent spirit of life. It was believed that mercury could transcend liquid and solid states and also the cycle of life and death, forming a bridge between the body and the soul. To those ancient practitioners of alchemy, mercury stood as a symbol of the intellect, imagination, moral judgment, and the higher mental faculties.

To the ancient Greek and Romans, mercury was personified through the gods Mercury and Hermes. Mercury and Hermes were the messenger gods, serving as the bridge between the creator and the created. Mercury/Hermes was seen as a symbol of the spirit of truth hidden on Earth, given to mankind by the gods. The name Hermes comes from the Greek word “herma,” which means “heap of stones,” or “boundary maker.” “Hermai” stones were placed at crossroads, temples, borders, and boundaries. The hermai stones symbolized protection, divine blessings, and sexual energy. These rectangular stones, with a man’s head sculpted on top and an erect male organ in the center, were so important to the ancient world, that they were seldom destroyed by invaders.

The Bible speaks of a bridge between heaven and earth, in the story of Jacob’s ladder.

“And he dreamed, and behold a ladder set up on the earth, and the top of it reached to heaven: and behold the angels of God ascending and descending on it. And, behold, the Lord stood above it, and said, I am the Lord God of Abraham thy father, and the God of Isaac: the land whereon thou liest, to thee will I give it, and to thy seed;” - Genesis 28: 12-13

To the alchemist of today, mercury is the art of transmutation personified. It is mercury’s passive feminine divine nature, that allows the alchemist to transforms one’s life and live more in harmony with the laws of nature. Mercury to the alchemist of today, is a symbol of the sexual waters of creation and the spinal fluid, that brings the carnal desires into submission of the divine mind. Once the alchemist understands the principles of mercury (mind) and finds balance between its feminine passive force, and sulfur’s (soul) active masculine force, within his or her salt (fixed matter/body), he or she will become the philosopher’s stone, able to turn lead into gold at will.